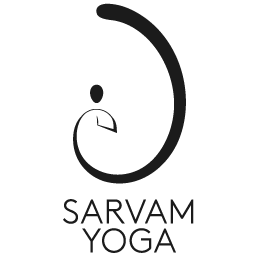 Eye yoga is the latest wellness trend to hit the headlines, but it’s actually as old as yoga philosophy itself, with its asanas (yoga poses), pranayama (breathing exercises) and meditation. Like many other ancient practices that were built upon practical experiences and intuition, modern scientists have only recently started to explore the benefits of eye exercises, which span better eye focus and a heightened sense of calm. Let's take the most unintentionally popular eye-rolling habit that became all too familiar in 2020.

In fact, eye rolling is a mechanism expressed by the brain in attempt to enter an alternative state of consciousness. In other words, our minds use eye rolling to divert attention from the present reality. In Ashtanga yoga, taught by Sri K. Pattabhi Jois, eye rolling is just one of nine specific points of a gazing technique in the method called ‘drishti’, which is used for attention control and spine alignment. The control of attention through gazing is an incredibly powerful technique that teaches us how to be calm and focused, which can improve our resilience in highly stressful environments. For this reason, the very first thing you learn from a motorbike instructor is ‘target fixation’, which means that your bike goes in the direction you’re looking; if you keep looking at the obstacle, you will eventually hit it.

Thus, your target should always be where you want to go, rather than what you want to avoid - this discovery was indeed the most philosophical one during my own riding lessons, it was something I couldn’t stop thinking about and ended up verifying several times by running into the wall. Luckily, eye yoga is much safer, and if you are not ready to combine eye movements with yoga postures just yet, you can begin this highly beneficial practice without moving from your sofa and also combine it with neck movements.

Eye and neck yoga is especially important if you spend a lot of time at your desk or staring at your phone, just like you’re doing right now. By regularly training your eyes, you can activate the upper cervical spine muscles and eliminate not only work-from-home eye strain (asthenopia) symptoms, but also all those head and neck aches that come from sitting at your desk for prolonged periods. After all, your eyes are literally connected to your neck. Suboccipital muscles are located at the back of the neck, just beneath the skull and contain a huge number of proprioceptors that evaluate the tension in the muscles, to inform the brain about the position of the head and neck. Then, the muscles in the entire body can be coordinated so that we don’t fall.

These muscles respond to eye movement, and you can feel this response yourself by placing your hands on either side of your head, with your thumbs placed just under the edge of the skull at the back of your neck. Feel the deeper layers of muscles without overstraining your neck, and close your eyes - then, move your eyes horizontally and vertically - you will feel small pulsating sensations underneath your thumbs. These sensations are your suboccipital muscles receiving information from your eyes.

Here are six exercises you can start doing anywhere, at any time:

Eye rolling or upward gazing rapidly decreases with age compared to any other angles. Scientists do not know whether the decrease occurs because nothing surprises us anymore once we get older, but if eye rolling is something that doesn’t naturally occur in your life, make it an exercise. Sit upright while keeping your spine long and your head still, move your eyes horizontally to the left and focus on the objects in your periphery. Then, slowly move your gaze three times in a clockwise circular motion. Repeat the same motion counter clockwise, and then close your eyes to relax for a few moments.

Hold one arm straight in front of you with the thumb up, focus on the thumb, and slowly move it towards your nose until the focus is lost. Return the arm to the starting position and repeat the same focus-movement exercise 10 times.

3. Near and distant viewing

Find two points of focus – one at a distance (preferably somewhere outside your window if you’re at home), and another one much closer to you. Focus on the distant object for a couple of long breathing cycles, and then move your gaze to the object closer to you. Wait until your eyes focus on the closer object, then inhale to the top and exhale fully before moving your focus back to the distant object. Repeat this exercise 10 times, or as many times as you can before your neighbours start to think you’re spying on them.

Open your eyes wide, and then blink rapidly 10 times. Close your eyes and take five deep inhales and five long exhales. Repeat this exercise five times, preferably away from the window, because by this point, your neighbours might start thinking you are actually in trouble and trying to communicate something in morse code. Wave, smile and move on to the next exercise.

Palming was invented by Tibetan yogis and involves cupping your hands gently over the eyes. You need to sit with your eyes closed and concentrate on the darkness. Soon, you will notice all sorts of flickering lights, which come from the optic nerve irritation and overload. Our eyes need darkness to recover from the light. Once those lights start to vanish, slowly remove your palms and gradually open your eyes. They may feel a bit sensitive, so don’t stare at anything too bright straight away, let your optic nerve adjust.

This exercise is often used in combination with meditation and pranayama (breathing), and is called Nasikagra Drishti, which literally translates as ‘nose-tip gazing’. To nose-tip gaze, you simply need to remain on your sofa in a comfortable seated position with your back upright. Relax your shoulders and place your palms on the knees for a better spine alignment and concentration. Now, slowly shift your gaze to the tip of your nose, without straining your eyes. Release the eyes once you feel any sort of discomfort. Repeat five or more times as long as your eyes feel relaxed.

Is Yoga Beneficial for Athletes?

The Best Foods for Yoga Practice